Oklahoma State Pride in the World of Professional Basketball

Almost every US state has its own unique basketball team, which regularly takes part in matches of the NBA. For the state of Oklahoma, that group is City Thunder from Oklahoma, whose matches are watched with awe by both locals and basketball fans across America. The history of the Oklahoma basketball crew is quite complicated and has many interesting moments. Let’s learn more about the amazing history of this basketball club. 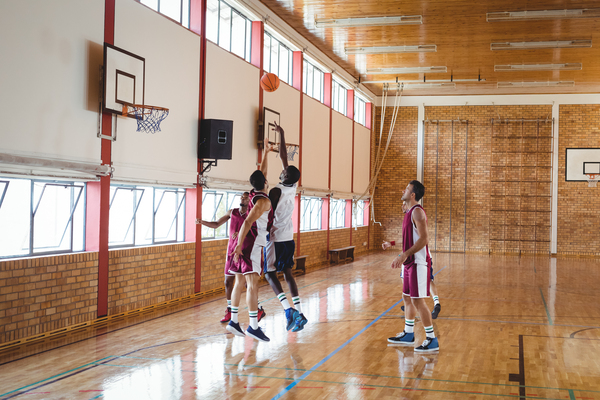 City Thunder from Oklahoma – a Team With a Rich History

The history of this basketball crew, oddly enough, does not begin in Oklahoma, but in Seattle. The fact is that the current City Thunder team appeared due to the relocation of the Seattle SuperSonics. The SuperSonics from Seattle was founded in 1967 and before relocation in 2008 managed to prove itself as a well-coordinated and ambitious squad.

Two consecutive years in 1978 and 1979, SuperSonics reached the NBA Finals. Both years, their opponents at the end of the period were the same team – the Washington Bullets. In 1978, the SuperSonics crew was overcome in a series of seven matches. The next year the squad spent in constant training and work on mistakes, which again led it to the finals and this time allowed them to defeat the competitors from Washington in a series of five matches. Such a triumphant return pleased the true fans of the club.
In addition to the championship in the NBA, the crew from Seattle became the champion of the Western Conference several times in 1978, 1979, and 1996.

Moving from Seattle to Oklahoma

The SuperSonics would have continued to please their fans in Seattle but were forced to move to a sooner state due to problems with the home stadium. At that time, the home stadium of the Seattle SuperSonics was the Climate Pledge Arena, which was built in 1962 and at that time met all the requirements of sports associations. After reconstruction in 1995, the capacity of the Key Arena was 17,072 people, which was a high figure at that time.

The world of basketball competitions attracts an increasing number of spectators every year, and by 2000 Key Arena had become outdated and unable to accommodate everyone. Key Arena became the smallest arena in the NBA and was half the size of other stadiums in the US. Seattle SuperSonics CEO Wally Walker said that even if they sold all the tickets for every game, the organization would still suffer losses. In 2004, the club’s owners, led by Howard Schultz, approached the city of Seattle with a proposal to allocate $220 million to renovate the stadium. After lengthy litigation, funding was denied, which caused the group to move.
On April 18, 2008, the NBA Club Owners Convention took place, where it was decided by voting to move the crew to Oklahoma.

Development After Moving to Oklahoma

After relocating the crew took on the new name Oklahoma City Thunder, which corresponds to a region known for its frequent hurricanes. The new emblem and uniform gave impetus to a new stage in the development of the group.
The Thunder squad performed their opening match after the move in the off-season on October 14, 2008, in Billings, Montana, losing to the Timberwolves from Minnesota with a score of 82-88.

Oklahoma also lost its first conventional season game 87-98 to the Milwaukee Bucks. This match was watched live by about 20,000 spectators, which is a significant difference from the performances of the squad in Seattle. In the next match, the City Thunder took revenge on the Timberwolves from Minnesota. The whole team and fans perked up, expecting the team to start its victorious march, but alas, it was hard for the team to gather their courage in a new place. Moving and changing the place of residence had a negative impact on the performance of the Thunder team.

In their opening competitive season, the crew showed their worst results ever. After the victory on the squad from Minnesota, a series of defeats followed. After the crew scored 10 losses in a row, it was decided to get rid of the main coach PJ Carlesimo and replace him with Scott Brooks. To the disappointment of the fans, the defeats continued. The basketball crew lost four more games in a row, which caused a wave of outrage among sports fans.

New coach Scott Brooks took a new approach to training and developed a new playing strategy for the City Thunder to break the series of losses and have a much better run in the second half of the competition season. The team’s win-loss ratio in the second half of the season was even better than the last period in Seattle, testifying to the effectiveness of new coach Scott Brooks’ approach.

New Victories of the Team and its Successes

After reorganizing the group and replacing some players with new young athletes, the squad’s triumphal procession began, which allowed the Oklahoma City Thunder to win the love of new basketball fans and raise the crew’s rating.
In the 2009 and 2010 seasons, the Thunder crew scored significant victories over the strongest US teams, such as Orlando Magic, Los Angeles Lakers, Boston Celtics, Dallas Mavericks, Miami Heat, and San Antonio Spurs, which allowed the squad to turn from an outsider one of the leaders in US basketball.

In 2012, the Oklahoma City Thunder became the champion of the NBA Western Conference. This title has already been won three times by the Seattle SuperSonics basketball team. Having won for the fourth time, the team proved its competitiveness and will to win.

City Thunder is the Winning Team from Oklahoma!

As you can see, the crew has come a long and difficult path to its sports Olympus. The Oklahoma Basketball Thunder team had crushing victories against the strongest teams in the United States. But not victories determine the real strength of the crew, but defeats. The Oklahoma squad has endured a series of devastating defeats and has been able to build respect among the fans and other athletes. You can be sure that the main victories of the Oklahoma City Thunder are yet to come. Don’t miss your chance to witness the triumphant victories of the famous basketball group from Oklahoma!