The NBA Draft is fast approching us all, and behind that is the looming lock out. However, what are the mock drafts saying about the Oklahoma City Thunder? It’s weird to think just two seasons ago we were watching the draft with tons of interest as we were lottery picks. Five straight years to be exact. However, we’re at a different part in our journey from worst to first. We are just keeping an eye on the draft while looking forward to next season, if there will be a next season.

The Oklahoma City Thunder come in with the 24th pick in this year’s draft. It’s a weird position to be in.  Not many 24th picks have gone on to greatness. However, or our organization has a history with it. Nenad Krstic was drafted as the 24th pick in 2004 and Serge Ibaka in 2008. Then the NBA had 24th picks like Dwayne Schintzius in 1990. The Big man only averaged 2.7 points and 2.5 rebounds for his career. Then you have players like Sam Cassell who was picked 24th in 1993. We all know how he turned out.

Position: SF
Height: 6-10
Weight: 226
Age: 21
Country: Serbia
Analysis: Sam Presti is an opportunist, and he is patient. Mirotic, based on talent, is a lottery pick. But a massive buyout means he won’t be playing in the NBA anytime soon. If he stays in the draft — a big “if” at this point — someone will gamble on him. If it’s Presti, he could be getting a major steal down the road. If Mirotic is off the board, Bogan Bogdanovic and Lucas Nogueira are possibilities. 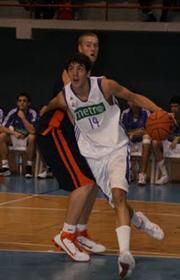 Right-handed… To some, Mirotic is just breaking out onto the national scene as of late, but we’ve had our eyes on Mirotic for some time. He measured in very well at the Nike Hoop Summit at 6’10” with a 7’1″ wingspan and has a budding perimeter game to make him a legitimate first round NBA prospect. He was the World Select Team’s second-leading scorer and rebounder (behind Enes Kanter’s 34 points) with 14 points and 7 rebounds. He showed off a nice ability to read Team USA’s defense and find the open man to pass to or drive into the gaps to cut through… His biggest advantage is his developing perimeter game. Earlier in his career, Mirotic used his size and skill to post up and score around the rim, but now he is much more comfortable operating 15-20 feet from the basketball. He’s versatile, scoring from inside and out, more so as a stand-still shooting than anything else. He has added a new wrinkle, a shot-fake and one or two dribbles into a pull-up or taking the ball all the way to the rim… Defensively, Mirotic is actually fundamentally sound and won’t be a liability like some other European products who are heavy-footed or lack great timing.

Mirotic is a developing perimeter prospect. He doesn’t have a great ability to put the ball on the floor and create his own shot, especially with his left hand. With his size, Mirotic could be an excellent stretch the floor 4-man with his face-up abilities… He played in the low blocks more as a younger player, and could benefit with his size advantage to keep growing as a post player. Right now, his advanced low-post scoring goes about as far as a baby jump hook and with his touch, he could develop into much more… He’ll need to add strength to his frame to play some productive minutes in the NBA. Given that, he could probably make himself into a better defensive rebounder, although he is limited by his athleticism… The biggest drawback could not only be his contract’s huge buyout clause ($2 million). Playing in Spain and the NBA lockout looming, Mirotic could probably sign a pretty hefty extension to keep him overseas instead of making the venture to the US.

Right-handed… The athletic 7-footer came into his own in the Under-18 FIBA Americas Championships and Nike Global Challenge where he was able to dominate the competition with his defense. He has great length and a good motor to block shots playing behind the defense or coming from the weak side to swat the shot away. He is a true rim protector. In the U-18 tournament, Nogueira blocked 24 shots and grabbed 36 rebounds in just 88 minutes of playing time… He runs the floor well, using his long strides to get up the court quickly and finish on the break. He can change directions pretty quickly for a man of his size and length… He is a developing offensive player with loads of promise. He has displayed a soft shooting touch and the ability to knock down free-throws to date…

Rail thin- at 7-feet, 200 pounds, Nogueira needs to add some serious weight to his frame. He should be able to compete against collegiate competition, but his length will not be enough against professional talent in the NBA… Offensively, he is still very raw. His weight and strength become an issue in the low blocks as he often can’t garner great low post positioning, but he does use his size and length well around the rim… Some sources surrounding his team claim that he is “lazy” and that his recent-breakout status has gone to his head, making his efforts even less. Focusing on his development is crucial over the next few years, especially with the amount of time. 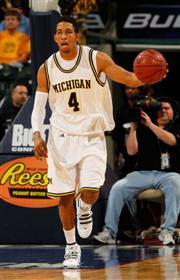 Strengths
Right-handed… The Michigan Wolverine is being considered one of the most improved players in the entire country raising his scoring by 10+ points from his freshman season, doubling his rebounding and assists per game as well… At 6’4″, Morris has great size for a pure point guard and has terrific length as well. He’s a solid athlete with pro potential court vision… Morris has taken up a leadership position, a natural leader at the point guard position for a young team and scouts have taken notice of this. He seems comfortable running the point, as opposed to being more of a combo guard that Morris has played in the past. His size and athleticism give him a distinct advantage over his defenders… He is fantastic in transition, where he can advance the ball to teammates or take the ball to the rim himself… He utilizes his size very well to finish in the lane or in the midrange area as evidenced by his 55 percent accuracy rate on 2-point attempts. He is capable of finishing in a variety of ways.

Morris can be a bit turnover prone at times, as he will try to make a spectacular pass or thread the needle, instead of moving the ball around to create better angles and an easier option. He will over-dribble and take the team out of their offensive flow or force the issue badly. His decision making is also in question when he forces up contested shots… He doesn’t have the elite quickness and jets, but his end-to-end speed is an asset… He needs to continue to work on his perimeter shooting, where he shot a woeful 18 percent as a freshman and 26 percent as a sophomore. If he can become a reliable shooter from 3-point range, Morris’ offensive game will develop into more than just his slashing offense. 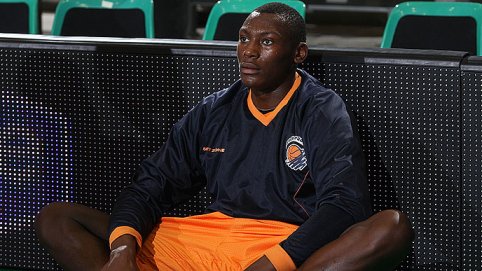 Right handed… Here’s a guy who’s quietly been moving up our draft boards. He’s an excellent athlete with pretty good size to be a power forward at the next level- think couple of inches shorts, but comparable to Serge Ibaka of the Thunder. He’s young and underdeveloped offensively, but can make an impact at the next level defensively in a year or so. He has some freakishly arms and an explosive, quick vertical leap that allows him to get off the floor and alter shots on the defensive end or rebound shots and put home put-backs. His huge wingspan has scouts excited about what he can do at the level once he improves his skill set… He has a nice, wide and chiseled frame who shows surprisingly strength for his age. He uses his upper body leverage to keep his defender behind him in the low or high post. If he does get the ball in a stationary positioning on the blocks, he looks to uses his quickness with a spin baseline or one or two-dribbles into the middle of the paint for a lay-in. He has shown the ability to knock down a 12-foot jump shot, but not on a consistent basis to be considered a threat. Even offensively without a developed game, Biuombo moves well without the ball and basically keeps diving or rolling to the rim in hopes to get the ball lobbed to him or passed off the cut for a lay-in. He does have a knack for finding the open space on offense. He’s simply a quick, very raw athlete- one of the better ones we’ve seen out of a 4-man this year.

Biyombo is only about 6’7″, but plays larger- we’re hoping that his athleticism and long arms make up for some of that, but there’s no doubt that when he gets measured out, his stock will take a hit… He’s still a relative unproven commodity- playing just 14 minutes a game and averaging about 4 points and 5 rebounds. Because of the hype surrounding his athleticism and SportsCenter-like blocks, his stock is soaring, but it’s also because we know relatively little about him. He is only 18 years old at the moment though… He needs to put in hours upon hours of work on the offensive end of his game. He’s very underdeveloped to the point where he is really only a threat on offensive rebounds and in transition… When he gets the ball in the low blocks, he looks to just go. He never checks the defense to see where they are playing him. He doesn’t use his length to his advantage- it would be much more efficient for him to seal off the defender with one drop step and go straight up, but he’s never been taught the intricacies of playing the post… He’ll need to develop a handle to take the ball outside to 10-12 feet, especially with his lack of size, and a mid-range jumper to match.

Goudelock has earned a rep as a bit of a poor man’s Jimmer Fredette. He’s a big-time scorer with deep, deep range on his jumper. But his lack of size and athleticism hurts his draft ceiling even more than it hurts Jimmer’s.

Seems like the consensus expects us to draft another big man over seas and let him develop. Personally, I have one selection, I doubt he’ll be left on the board. It would be:

Analysis: The Thunder are solid at virtually every position on the floor. But with Jeff Green being shipped off to Boston this year, Honeycutt could come in and bring some depth. Honeycutt isn’t as big as Green, but he’s a talented, versatile wing with a great basketball IQ. He’d be a great fit in OKC.

Big thanks to ESPN’s DRAFT and NBA-Draft.com for providing information to put the previews together.

Westbrook defining the season is why he’s the MVP

I wrote this article awhile back, about a week ago, throwing all kinds of numbers at you and…